Then in February 2010, for his Fall/Winter show, Prince Peter decided to embrace and celebrate the wildly influential and successful New York City Venues and after-hours clubs of the 1980s, such as Danceteria, The Pyramid Club, The Mudd Club, and the Palladium. He named the collection ‘Virgin Spirit’ in honor of certain notable and emerging celebrities from that era, such as Madonna, Culture Club, Keith Haring and Jean-Michel Basquiat.

Prince Peter unveiled his Spring/Summer 2011 through a recreation of Andy Warhol’s Factory in a private downtown Manhattan loft. This time the collection drew inspiration from an era when the City was both a muse and a canvas for artists and musicians to make their mark and create their own legacy on future jilted generations to come. The Factory meets Max’s Kansas City, celebrating all darlings of the underground and remembered in true rock n’ roll fashion.

The collection has since launched in Los Angeles, Miami, Dallas and Chicago. The brand officially went international in 2011, and has gained a huge following in Japan and Germany.

All Prince Peter Collection products are hand-made in the United States and appeal to both men and woman of all ages and demographics. The fabrics are airy and light, easy to tailor, layer and wear in all seasons. As Prince Peter has said, “the line is rock n’ roll t-shirts, plain and simple, and that’s good to have during this tough economy.” 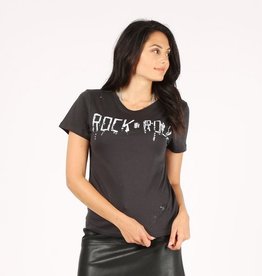 Give your look a cool-girl upgrade with the Rock N' Roll Washed Black Distressed Short Sleeve Tee! Soft jersey knit, has a vintage-inspired washed-out look and distressing throughout as it shapes this essential tee with a rounded neckline.
Add to cart
PRINCE PETER Rock N Roll Tee
$54.00 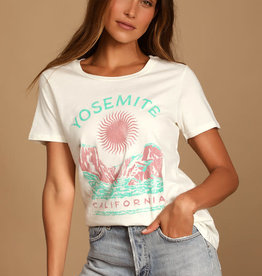 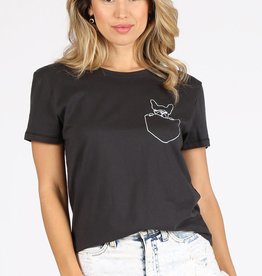