After experiencing assistant designer (and several other posts) at ISSEY MIYAKE INTERNATIONAL CO., in Japan, Yoshihisa (Yoshi) KONDO moved to Paris, France. There, in Paris, Yoshi founded his own high-class women’s wear brand in 1993.

He continues to release his collections at business shows, mainly in Paris, along with other cities around the world such as New York, to this day. 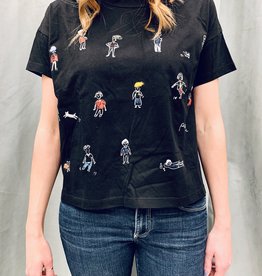